Michael Olawole’s passion for African designs has unleashed a wave of African print fashion on the East African island nation of Mauritius. What does this say about Mauritius’ relationship with the mainland?

From their home in the western coastal village of Flic en Flac, Michael Olawole, 32, and his wife, Karen Kistnamah, 31, can regularly be spotted driving to malls, shopping centres, and hotels in Mauritius to showcase and sell creations presented under their brand “Ankara Mauritius”.

The couple has created a new and hungry market for their unique designs, using African fabrics. Their products, including shirts, trousers, dresses, caps, skirts, and other accessories, show off the rich and diverse patterns and colours of Africa.

“Since the beginning, I was sure it would work even though African fashion was not popular in Mauritius,” said Olawole.

Mauritians, most of whom are descendants of enslaved people shipped to the island, either abandoned or lost their heritage during the island’s period of colonial rule. 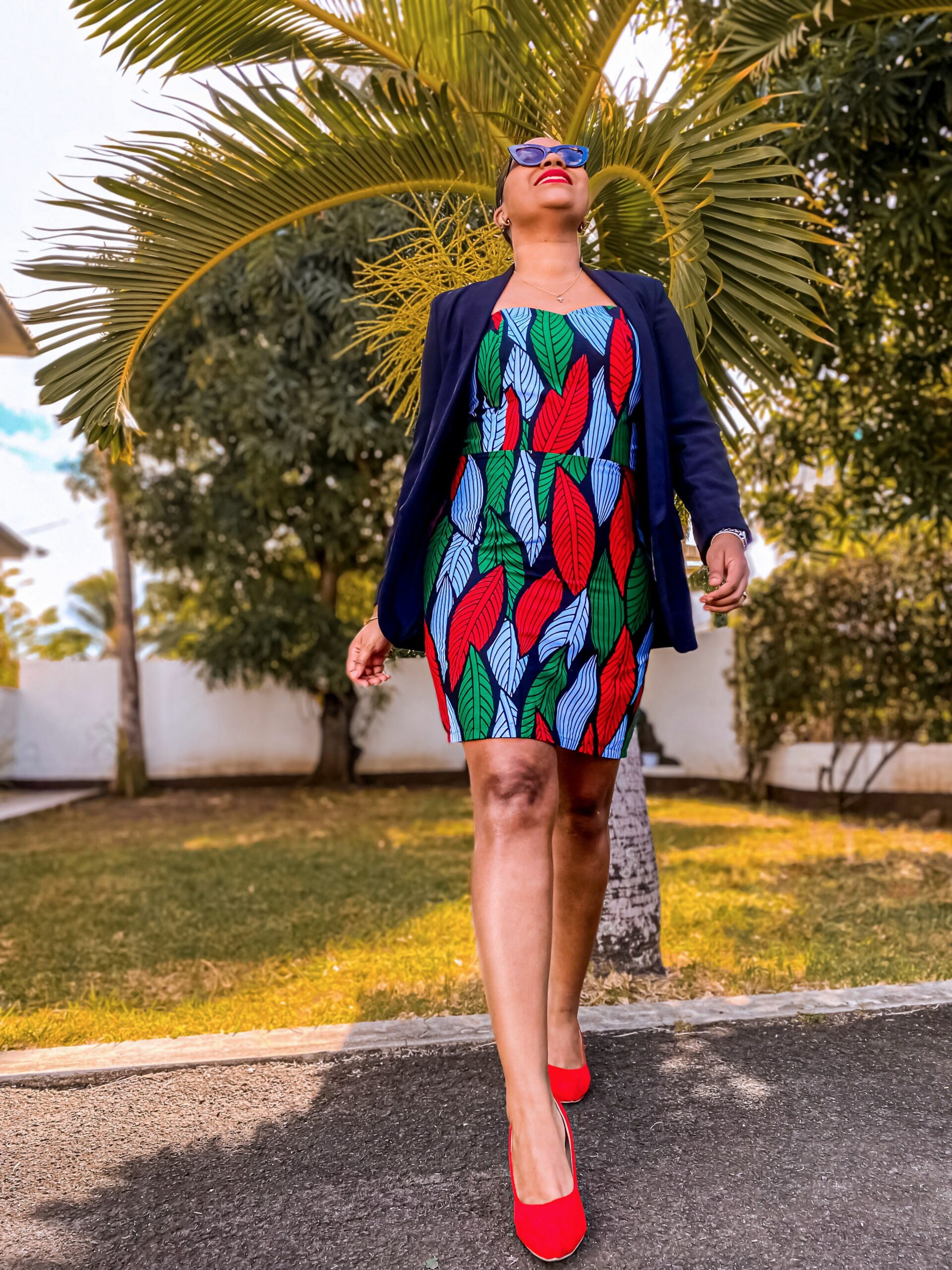 The French, who colonised the island, used punitive decrees and laws such as the Code Noir, a set of laws passed by King Louis XIV in 1685. The Code Noir defined the conditions of slavery in France’s colonies, including Mauritius. It forced enslaved people to put aside their beliefs, languages, traditions, and clothing.

Those who resisted were severely punished and sometimes killed. Anything that celebrated or encouraged “African-ness” was quickly erased.

With the loss of their identity and heritage, Mauritians developed a culture largely influenced by the colonial powers. This new Mauritian culture—a mix of African and colonial—is what was passed on to the descendants of enslaved Mauritians and is the adopted culture of what is today a multi-ethnic, multi-lingual “Rainbow Island.”

But that culture is beginning to adopt new sources of influence.

According to anthropologist and social worker, Daniella Bastien, the changing fashion dynamic, especially towards an Afrocentric style, is being influenced in part by the growing number of students from different African countries studying in Mauritius. 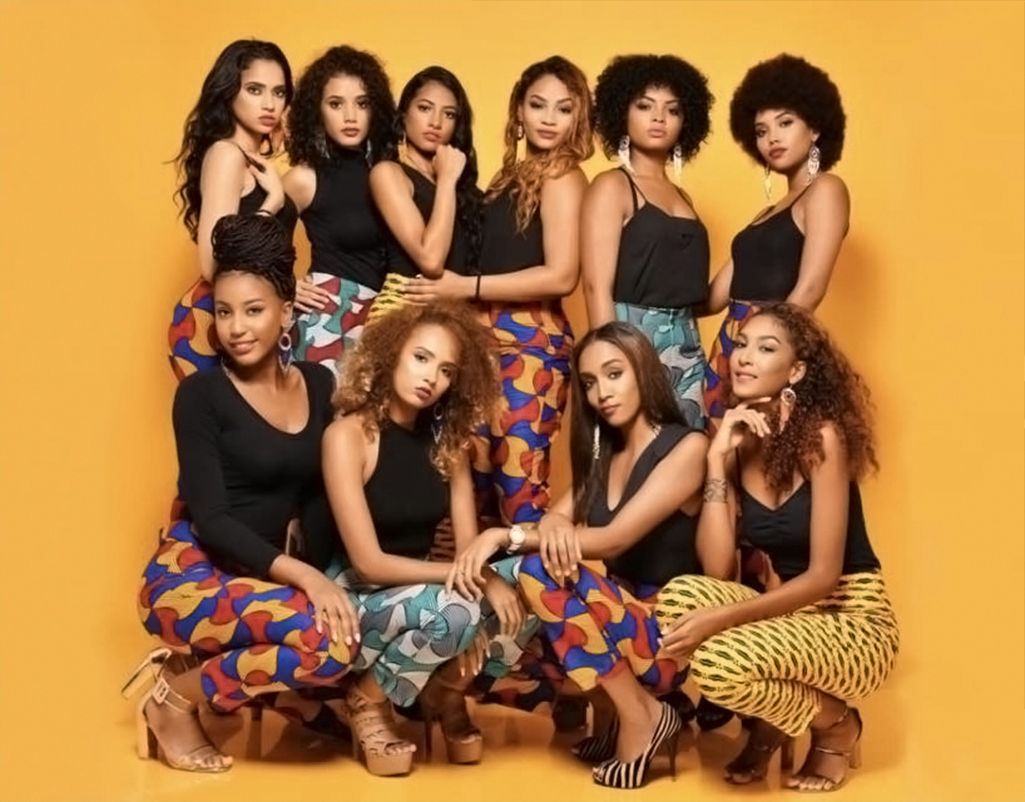 “Many young Mauritians get influenced by their friends and get acquainted with their way of dressing,” Bastien said, adding that this is also helping to erase the colonial legacy, with more and more young Mauritians wanting to show that they are part of the African continent.

“It’s not only the descendants of enslaved people embracing the new trend. We notice Mauritians of different backgrounds are following this trend, too,” she said.

According to Bastien, imitation fabrics and designs expressing African-ness and African identity were popularly worn on a limited number of special and significant occasions, such as Africa Day and Abolition of Slavery Day. Now that “real” African garments and fabrics are available too, African fashion is becoming popular as everyday wear.

“It is encouraging that the designers are bringing in the original fashion and fabrics from the continent,” she added.

Catalysing the change are Olawole and Kistnamah. Their approach is unique; they work with diverse artists to capture and infuse African themes into their Ankara fabrics, both in design and colour.

Olawole, who arrived in Mauritius to study marketing at the local branch of the UK’s Middlesex University, started his “fashion adventure” in 2015. 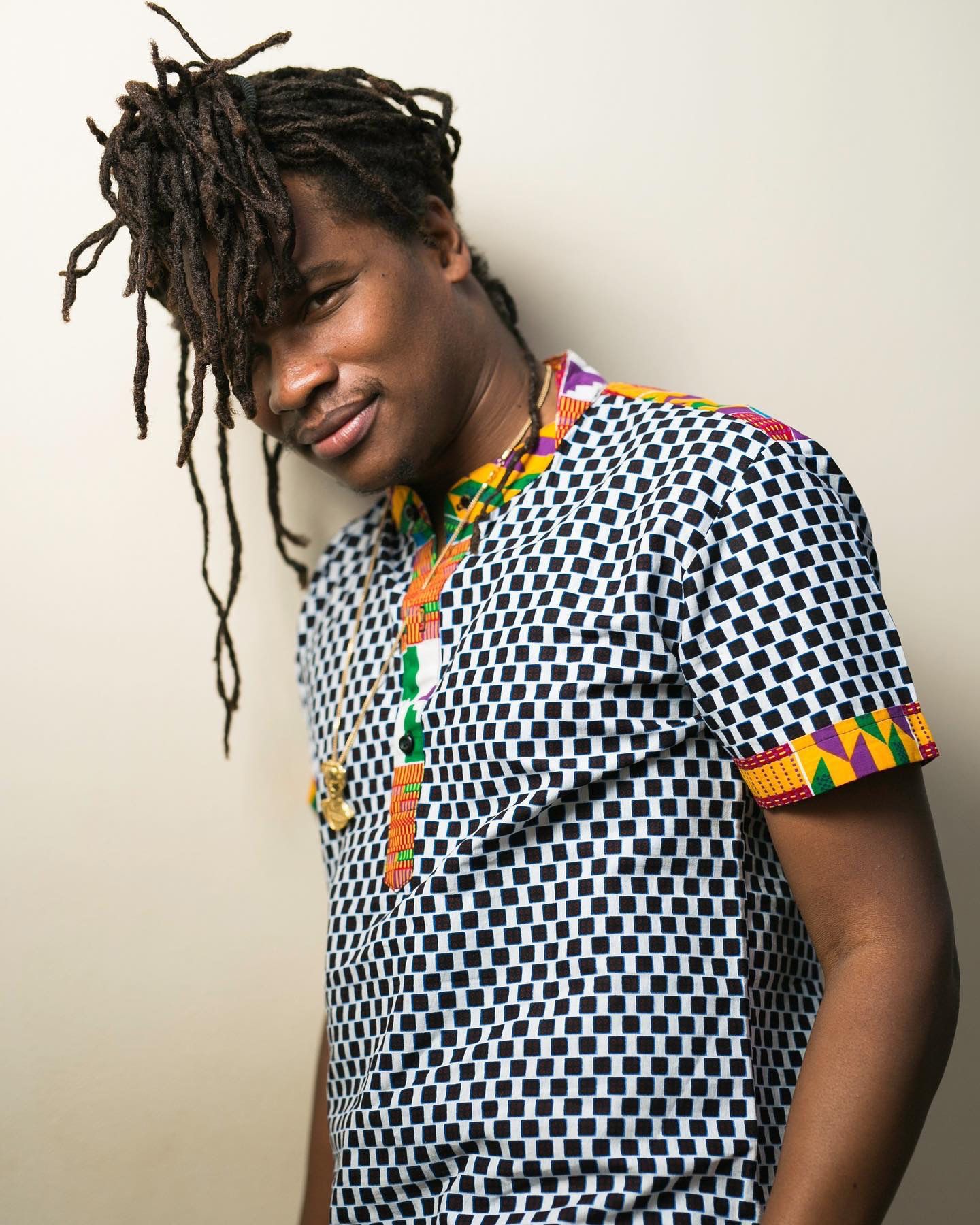 Seated on the bench at his seaside home as the winter winds blow from the sea and rattle pods in the trees outside, Olawole said it was in Mauritius that he also found the love of his life, Karen Kistnamah, who, too, had a passion for African fashion.

“She gave me the idea to bring my rich Nigerian culture into the fashion industry here,” he said.

“I chose one of the specialities of the Nigerian Ankara fabric—which goes by many names, among them African prints, African wax prints, Holland wax, and Dutch wax, which are 100 per cent cotton fabrics with vibrant prints.”

According to Olawole, the “African-ness” of the patterns in the Ankara cloth drew local attention to their early designs, even though they had to start from scratch with their garments.

“The real turning point was an eye-catching blazer designed out of cloth by Karen. It was collaborative because she designed it and worked with local tailors to work on it, “he said.

Ankara fabric’s origin and popularity in Africa date back to the mid-1800s when the Dutch company Vlisco began selling cloth with designs that had originated on the island of Java in Indonesia and which had originally been hand-made, using the “wax-resist” or “batik” technique, in coastal towns in West Africa. Vlisco’s mechanised production meant that vast amounts of the materials could be manufactured-and West Africa proved a ready market.

Thanks to its popularity in Africa, the designs were soon adapted to reflect African tastes, including a demand for bright colours. Patterns also began to include traditional African motifs and colour schemes. Other producers besides Vlisco discovered the market-which was enhanced by a network of women traders in the region-and designs from traditional African fabrics like Akwete cloth-a unique hand-woven textile produced in Igboland-Kente cloth and Bogolan influenced their designs. Since then, the material has been a mainstay of African fashion. In East Africa, it is known as kitenge.

As interest in the fabric and demand grew, Olawole and Kistnamah started importing and selling the fabric. But Olawole, who had entrepreneurial experience back in Nigeria, saw another opportunity.

They started bringing in ready-made clothes and accessories from Nigeria and other West African countries that are known for their Ankara fabrics. They also kept working with local fashion designers on their designs.

“For the design, we get inspired by the patterns on the fabric. The artisans with whom we work in Mauritius have understood the principle behind the Ankara style and now know how to work with the patterns,” Olawole said.

He added that their business has taken root because of Karen’s passion for African fashion, entrepreneurial skills, innovativeness, and market readiness for the fabric. 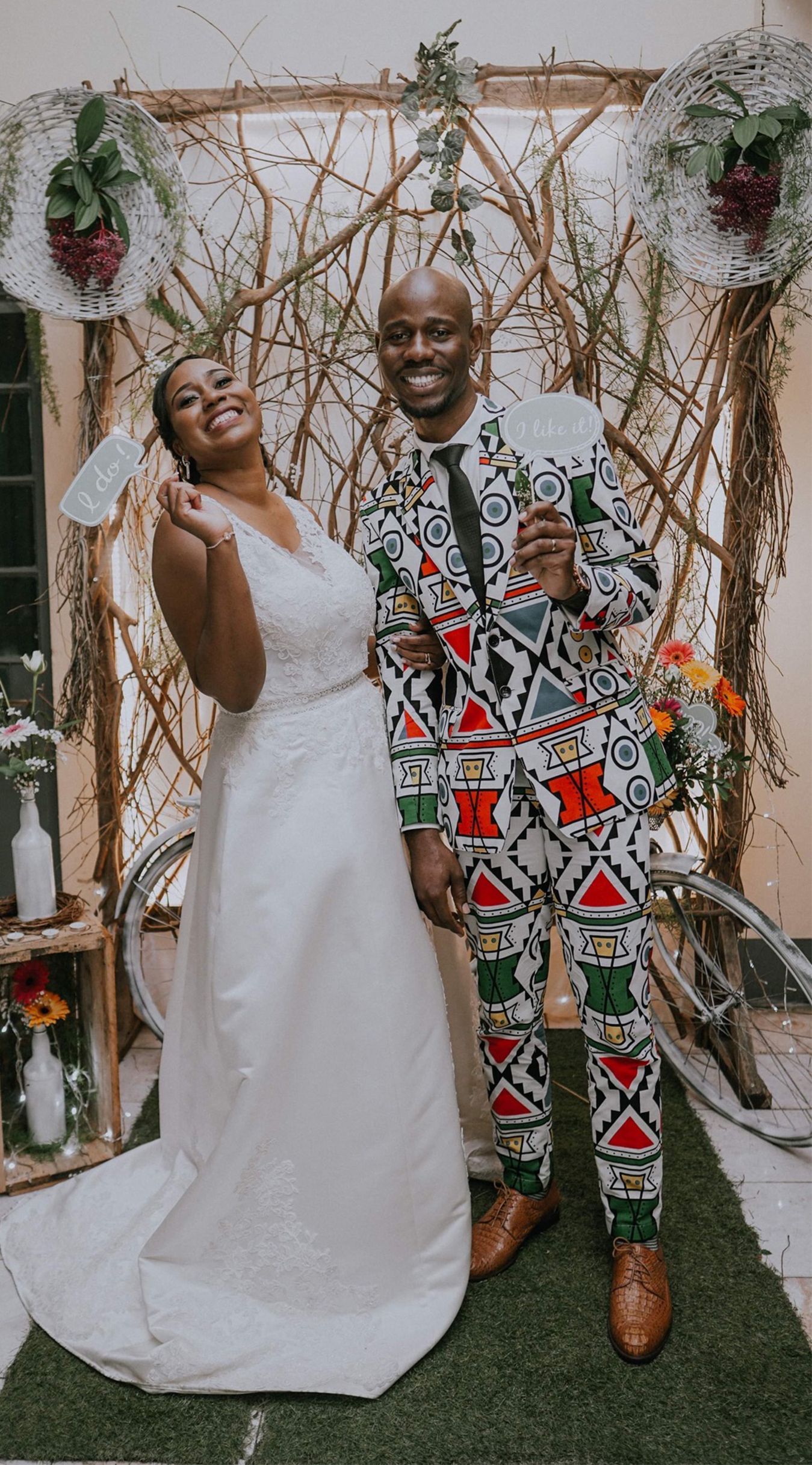 “At first, we were replicating the styles already in shops. We did not want people to be intimidated, so we proposed to them things they already knew in original colours. But with time, people started asking for more traditional African outfits, and we moved in this direction, “Olawole explained.

He said one of their highlights was when Miss Mauritius 2022, Liza Gundowry, wore an Ankara Mauritius dress.

Their creations have also featured in fashion shows held at upmarket hotels such as Lux and Hennessy Park Hotel.

“We now have customers who come to us for special occasions such as weddings, birthdays, and other celebrations. The demand has gone way beyond what we expected, “says Micheal as he proudly caresses a colourful shirt and cap.

“We thought that our customers would mostly be Creoles, that is, Mauritians with African origins. But finally, we have clients from all walks of life, irrespective of their origins and cultures.”

As its reputation grows, the pair is also readying Ankara and Mauritius for the export market. Though the COVID-19 pandemic slowed their plans, it also allowed them to enhance their creativity and improve their quality.

Isabelle Pierre, 30, said she was particularly attracted to the couple’s designs because of their lively colours and African design style. 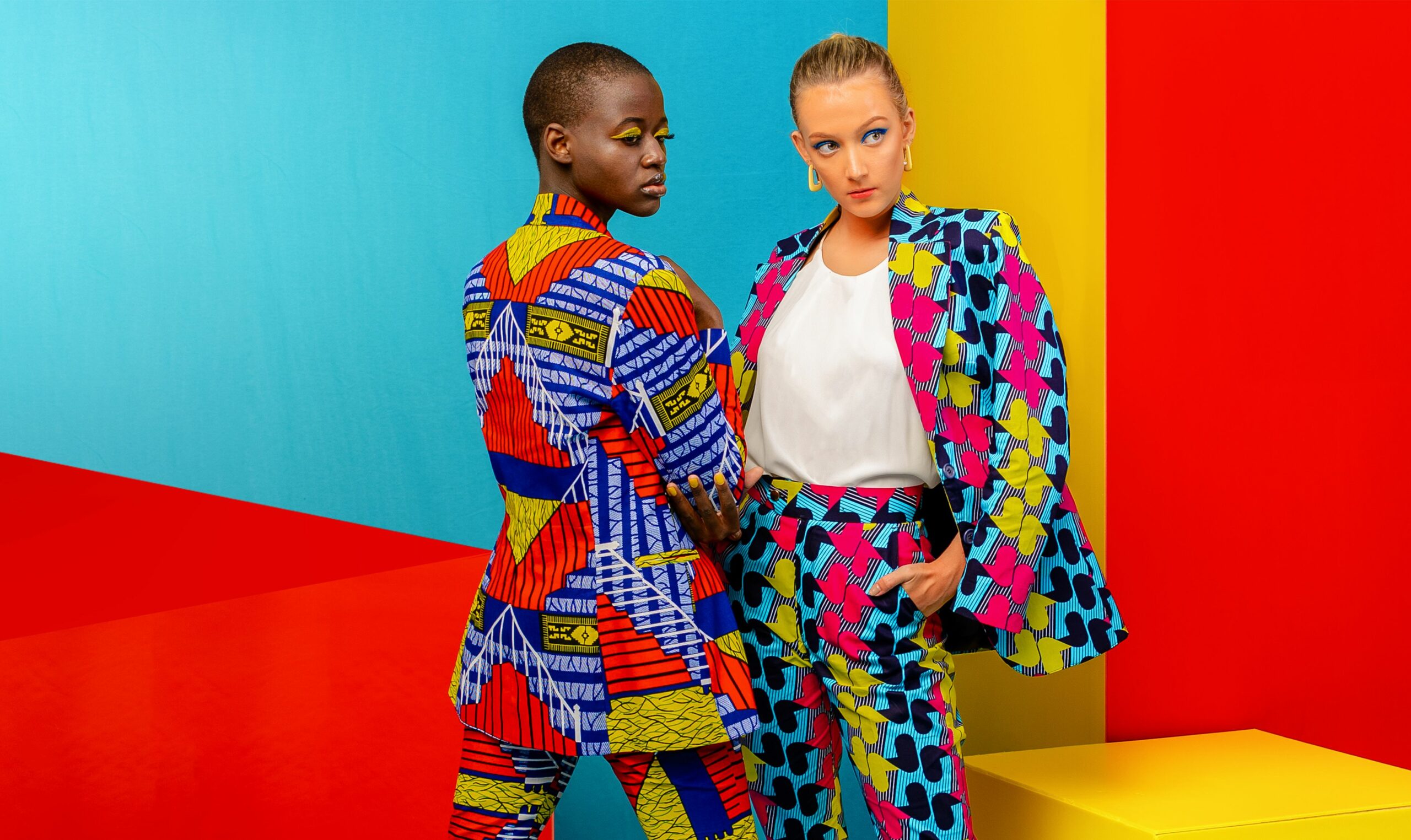 “It brings happiness and a good vibration,” she explained. She also witnessed the early steps taken by Ankara Mauritius.

“I saw Karen and Michael starting this project and encouraged them to move ahead because I was convinced by the style,” she said.

“It’s a way for Mauritians to show their belonging to the African continent, and we are proud to be African. Mauritius has a diverse culture; African, European, and Indian, but is proudly African.“

She also said Olawole and Kistnamah have set the pace for others.

“This new fashion will grow, and I am sure that one day, every fashion house on the island will have something African,” she concluded.

Other fashion houses, such as Mauritian designer Gabriel Froid’s The African Marquis, have already entered the market, promising to give Ankara Mauritius a run for its money and suggesting that suddenly, in this Indian Ocean island nation, African design is all the rage.